In this section of our website you can explore and pre-order our upcoming titles. As an independent publishing house with limited resources, pre-ordered titles show and offer fundamental support — for us and our authors.

A book that transmits the multiple voices and the shift of perspective involved in the Afro-Sonic cartographies; the book as a format is going to continue to unsettle and de-colonize archives. How to do a book as a mapping and counter-journey? Research, performative and political aspects are compiled in samplings, layers, conversing, un-muting, liberating, restituing.

The authors are the contributors to the program at HKW, a selection of interviews from the Afro-Sonic Mapping blog as well as new short texts and interviews, including contibutions by Fred Moten, Greg Tate, Jihan El–Tahri, Kiluanji Kia Henda, ÀRÀKÁ collective, Louis Chude Sokein, Tsitsi Ella Jaji, Kodwo Eshun, and others.

To be co-published with Haus der Kulturen der Welt.

Early 2022 → An Archaeology of Listening: A Slightly Curving Place → Edited by Nida Ghouse 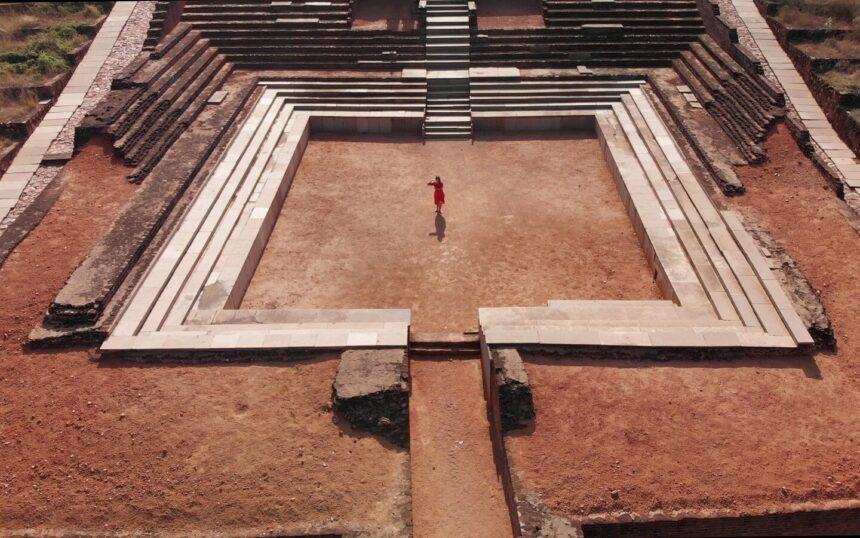 An Archaeology of Listening:
A Slightly Curving Place
with Umashankar Manthravadi

Edited by Nida Ghouse
in association with Jenifer Evans

To be published with
Haus der Kulturen der Welt

The life and work of Umashankar Manthravadi is a history of sound and technology through the second half of the 20th century. As a self-taught acoustic archaeologist, he has been building ambisonic microphones since the 1990s to measure the acoustic properties of premodern performance spaces. The publication An Archaeology of Listening accompanies the exhibition A Slightly Curving Place, and together they respond to the proposition in Umashankar’s practice that we can’t just look for theaters in landscapes of the past – we must listen for them. Including scripts, scores, conversations, and essays, the publication considers its own format in relation to the notion of writing as the first sound-recording device.

The autobiography of Harun Farocki (1944 – 2014) has been published posthumously in German on the occasion of Farocki’s retrospective in Berlin (2017) and Archive is honored to soon release the English translation for international review.To Harun Farocki writing was inextricably linked with his cinematic works; his work on the concept of the image always involved a translation from the image to the text and vice versa. The autobiography from his estate, which has now been translated into English, constitutes a great exception in his oeuvre: Farocki was not able to complete it; he died in July 2014. We here have a work, which has remained unfinished in itself – but precisely this makes this autobiography so fascinating. It portrays his tragic childhood, Farocki’s escape to West Berlin, the fortune of having discovered film, although he wanted to become a writer, his turning to outsiderism, his radicalism of thought, his vision, his power of observation, the growing ability to analyze social structures, the politicization of life. In his autobiography, Farocki adopts the attitude of the filmmaker, he is not only a critical reader of his own life, but also of the current events, which form the backdrop of the entire narrative.

Early 2022 → Toward a Transindividual Self: A Study in Social Dramaturgy → By Cvejić and Vujanovićcritically

A book that examines the processes involved in performing the self, Toward a Transindividual Self: A Study in Social Dramaturgy approaches this distinguishing mode of 21st century Western neoliberal self-formation from a transdisciplinary angle, where political and cultural anthropology, performance studies and dramaturgy intersect.

Starting out from their concern with the crisis of the social, which coincides with the rise of individualism, Cvejić and Vujanovićcritically untangle individualist modes of performing the self, surveying various forms of possessive, aesthetic, and autopoietic individualism. Their critique, however, does not amount to an argument for collectivism as a more socially viable alternative to individualism. Instead, it confronts them with  the more fundamental problem of ontogenesis: how is that which distinguishes me as an individual formed in the first place? This question marks a turning point in their investigation, taking them back to the process of individuation that unfolds prior to, and in excess of, the individual.

This process of individuation encompasses biological, social, and technological conditions of becoming whose real potential is transindividual—or more specifically, social—transformation. Through a series of investigations into specific social relations (including solidarity and de-alienation), the authors take a dramaturgical approach in which the self is seen to actualize its transindividual dimension in a veritable ‘theater of individuation’ (Gilbert Simondon). This epistemic intervention into ontogenesis allows them to expand the theoretical horizon of transindividuation in an array of tangible social, aesthetic and political acts and  practices. As with every horizon, while the transindividual may not be mere stone’s throw away, it is within reach, and the book encourages the reader to approach it.

Zawawa began on April 21st, 2011 when acoustic scientist Kozo Hiramatsu, anthropologist Rupert Cox and artist Angus Carlyle met in Okinawa. A previous collaboration – Air Pressure – had explored the environmental stresses on a family of organic farmers living in the midst of Narita airport. This new project centred on the Pacific island which was devastated by the last battle of World War II, was subsequently occupied by the United States for 27 years and is where a considerable presence of military personnel, infrastructure and overflying aircraft persist today. Over the next seven years, Hiramatsu, Cox and Carlyle’s fieldwork was devoted to learning from the islanders’ listening experiences and using these to direct their sound recording, filming and subsequent interviews, taking them to the edges of airbases and jungle warfare training camps, to bars and music venues, markets and lagoons, to sacred groves and ceremonies with priestesses and villagers at the edge of the sea. The film was premiered in ten civic centres on Okinawa before touring festivals worldwide and being short-listed for the Jean Rouch Award in 2019.

This illustrated, bi-lingual book begins with extended interviews with two survivors of World War II’s Typhoon of Steel. These are followed by ten further testimonies of auditory life on the islands and by verbatim audience reactions recorded during discussions at the film’s premieres. The book includes essays by Hiramatsu, Cox and Carlyle recounting their own sound-orientated perspectives which are in turn contextualized by Okinawa-based responses from musicologist Junko Konichi and biodiversity researcher Nicholas Friedman.