Read more about the work on the artist’s website

The public artwork “Namibia Today” at the Schillingstraße underground station in Berlin became a starting point for an ongoing project on the history of the journal. In May 2017 Horelli travelled to Windhoek to find out more about the magazine from a Namibian perspective. She was able to meet some of the persons she had come across in the archival material found in Germany. At the National Archives of Namibia she was advised to continue her research through oral history, as in the African context the archive is often in the community.

“Interviews” presents a selection of the sound recordings made in Windhoek: Those with Peter Katjavivi, Tshoombe Ndadi and Tarah Shinavene. The artist glued the transcribed interview texts on the outside-, corridor- and balcony walls of the house she was staying in. The filmed texts were synchronised with the audio interviews. In 2018 the artist showed the videos to the interviewees and small adjustments were made. Through “Interviews” the artist learned more about the many entanglements between Namibia, East Germany and the Nordic countries. Several of the Namibians she met had studied at the International Institute of Journalism Werner Lambertz in Berlin-Friedrichshagen.

Our screening room re-opens with a selection of works by the Finnish-German artist Laura Horelli. Namibia today, Interviews, and Newstime will offer an insight into Horelli’s work during the weeks leading to the launch of her book Changes in Direction – a Journal at the end of March. Her films transform the archive into a space – and publication – of reflective engagement.

Changes in Direction – a Journal provides multivocal and transnational African-European statements to current decoloniality debates from different perspectives. Horelli engages with the traumatic and complex histories of colonialism and international solidarity between East Germany, Finland and Namibia, staging micro-historical interventions in public spaces.

Read more about the publication here

Newstime is a found footage film, which discusses cultural differences, being an outsider, the Namibian independence struggle, and Finland’s long-term ties with the Southern African country. The film consists entirely of archival material from the late 1960s to the early 1990s. TV programmes showing everyday life are set against a voice-over by Ellen Ndeshi Namhila reading from her autobiography The Price of Freedom. Namhila spent seven years in Tampere as a refugee on a scholarship, studying library science. She recounts her experiences, ranging from single parenthood to observations on missionaries in Namibia and the church in Finland. Everyday scenes manifest how Namhila possibly saw the fairly homogeneous Finnish society she lived in. News clips about the Namibian independence struggle frame the narrative. They feature SWAPO students, visiting politicians, and representatives of the United Nations and NGOs. Since Namibia was under the apartheid regime until 1990, archival material about the history of SWAPO can be found in countries where members of the liberation movement were in exile.

All together → 18 March
Past Screenings ↓ Community of Parting 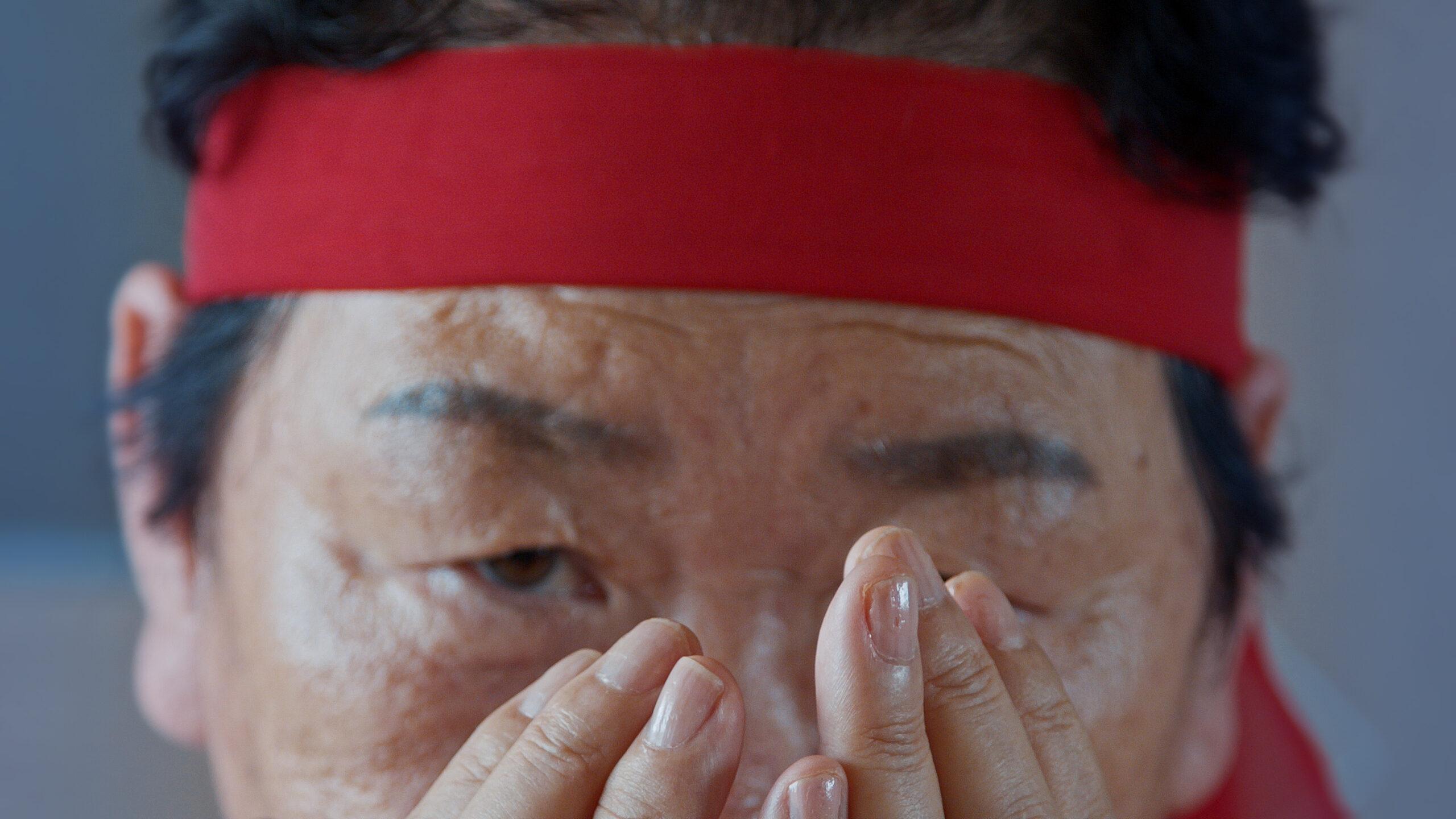 Community of Parting traces an approach to borders and aesthetic mediation, by invoking the ancient myth of the Abandoned Princess Bari, engaging female Korean shamanism, as an ethics and aesthetics of memory and mutual recognition across time and space. Community of Parting derives from Kaisen’s extensive research into Korean shamanism since 2011, and her long-term engagement with communities effected by war and division. The work is composed of imagery filmed in locations such as Jeju Island, the DMZ, South Korea, North Korea, Kazakhstan, Japan, China, the United States, and Germany. Combining shamanic ritual performances, nature and cityscapes, archival material, aerial imagery, poetry, voiceover, and soundscapes, the film is configured as a multi-scalar, non-linear, and layered montage, loosely framed around Bari’s multiple deaths.

The Woman, The Orphan, and The Tiger 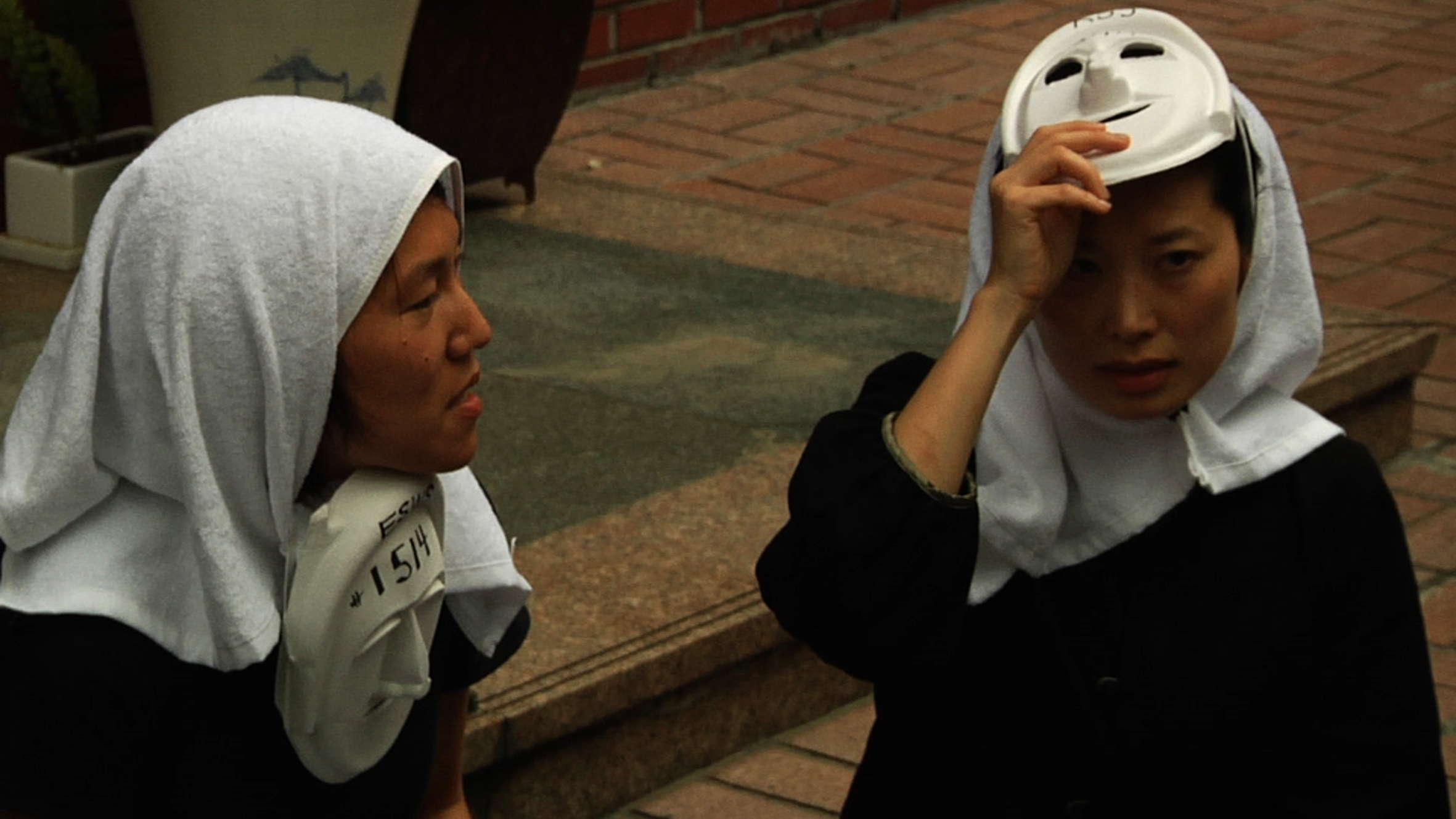 The Woman, The Orphan, and The Tiger, by Jane Jin Kaisen & Guston Sondin-Kung, begins with the sound of women’s voices speaking of histories of violence, of things repressed and silenced. Gradually, their voices accrue as a cacophony of pure sonic intensity against an extreme slow-motion image of a woman survivor of Japan’s military sexual slavery who, in the absence of words to accurately account for her suffering, gets up and walks into the center of a war crimes tribunal court room and gestures wildly before she faints. A genealogy is created by relating the stories of three generations of women: the former ‘comfort’ women who were subjected to military sexual slavery by the Japanese military between World War I and World War II—women who have worked as sex-workers around US military bases in South Korea since the 1950s to the present, and transnational adopted women from South Korea living in the West since the Korean War. 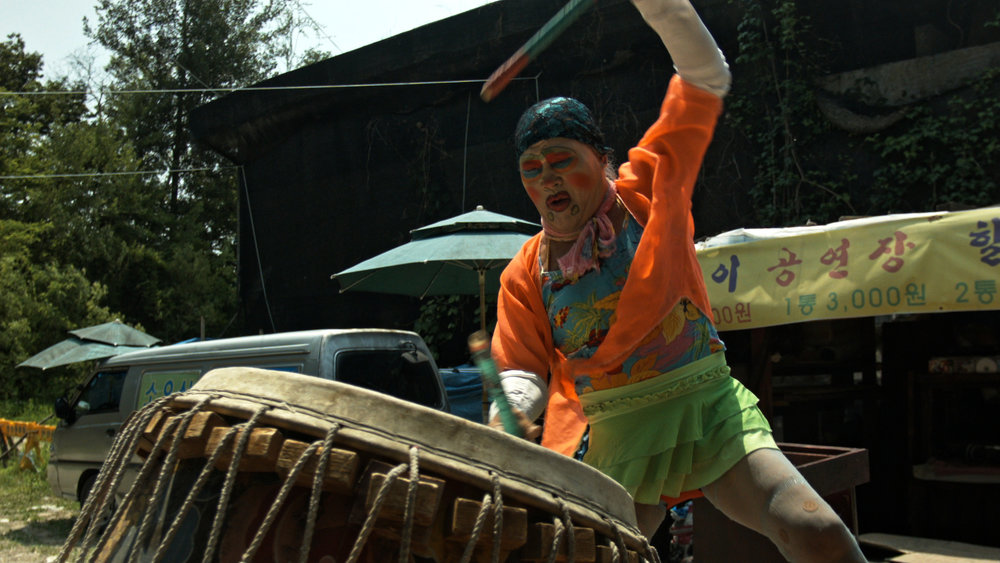 Strange Meetings testifies to the impossibility of maintaining clear boundaries by tracing entangled bilateral policies against the spread of STDs (sexually transmitted diseases) among US soldiers stationed in South Korea in the 1970s. One video in Strange Meetings documents a former STD treatment facility, which served to isolate bodies presumed to be contaminated from those deemed clean. A host of strange meetings at the site today, however, materially bears witness to the entangled relations behind its establishment and the impossibility of creating neat separations. The decomposing building is being encroached upon by rubbish and the surrounding vegetation. Knotted together, they feed on each other, breaking down distinctions between inside and outside, architecture and debris. Beyond being an abandoned site in decay, it now serves as a backdrop for another strange meeting: a performance takes place behind the building each weekend, inadvertently complicating the relationship between past and present and diffusing the reading of the site by overriding, but potentially also purging its history.