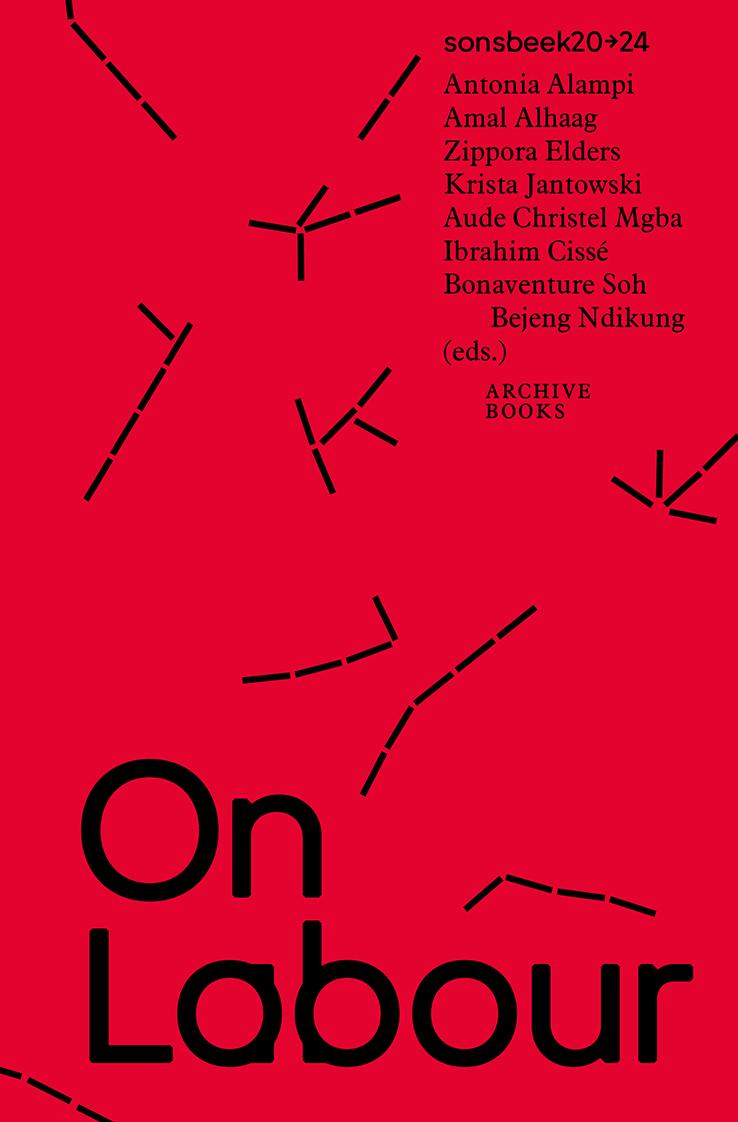 This reader is a culmination of direct and tangential deliberations on labour. Notions of labour appreciated across geographies and mediums. Newly commissioned textual manifestations in a multilogue with historical positions. The reader could be perceived as a negotiation of positions, as the strive towards utterances, towards becoming. Each text could be imagined as a stanza in a song. This is also a strive towards musicality. Or at least a wish for this reader to be a choir, in which we collectively sing, in which we all listen to each other to be able to sing, but most importantly, in which we afford ourselves the privilege of ‘hearing the eloquence of silence’, ‘seeing the inner vision beneath the closed eyes’ and ‘listening to the chastity of inner music that defies betrayal by the wayward wind.’

In the conception of Sonsbeek, we are not interested in producing evidences of any sort, and hardly are we interested in claiming the position of the presenter, the one who holds forth. In itself, this implies a structuring of subject and object, thus subjectification and objectification, which tends to be hierarchical. This comes along with: How can one move away from this God-like position of the sole creator to then present to those that just consume, and shift towards a collective experience of creating and perceiving together? It is not the curators that have the genius to come up with an idea that is then realised by artists to be later consumed by an audience, but it is a collective exchange of ideas in a kind of noosphere, or a collective body of people—artists, visitors of all walks of life, curators—that together form a collective brain. In all this, agency is by no way limited to the  ‘maker of ideas’ or ‘maker of artworks’, but the primary agency lies with the idea itself and the art itself. So it might just as well be that it is the idea and the artwork that chooses the artist, the author and otherwise producer to bring it into the world.

So rather than think of Sonsbeek as an exhibition or space in which evidences of sorts are presented, we imagine Sonsbeek to be a manifestation, maybe a collective apparition, and certainly a becoming. Decidedly, this becoming finds shape as works of art in public spaces, in museums, as educational pedagogic formats, as performative gestures, as mix tapes, as radio, and as books—readers and catalogues. This is the first of five readers that we will manifest within the framework of sonsbeek20→24. In each of the readers, we have invited and will continue to invite poets, essayists, fiction writers, visual artists, critical writers of all kinds to lend themselves as birth canals through which ideas of ‘labour and its sonic ecologies’ can be birthed, or at least become vessels to contain such deliberations. ‘Force Times Distance—On Labour and its Sonic Ecologies’ is a journey, to say the least, into the unknown. A journey marked by a plethora of uncertainties, which we have chosen to embrace rather than fend off or deflect. From a global pandemic, to financial precarity, to arduous labour conditions, we consider the becoming of Sonsbeek a wandering in wondering, trusting not only in our interlocutors—artists, curators, managers, audiences, producers etc—but more specifically trusting the agency of the project and what it wants to reveal through us.

Force Times Distance. On Labour and its Sonic Ecologies (Catalogue for sonsbeek 20→24) Amidst everything that has and is still going on, what is silenced and what reverberates? What is revealed and what is ignored? Is solidarity resonating? Do we perceive its echoes while some people keep being denied breath? The curatorial framework of sonsbeek20→24, centered around labour and its sonicities, connects a millenary history crossing times and geographies to the present moment, through a multitude of voices, sounds, and ripples. It invites us to listen to the sounds relegated to the “edges” of the “main” motive, to the whispered stories, to those passed through singing and through storytelling, and embodied narratives.

Activist neuroaesthetics attempts to make the processes of digital dominion and governmentalization—which are becoming more and more prominent in late-stage cognitive capitalism (or neural capitalism)—opaque, visible, and known.