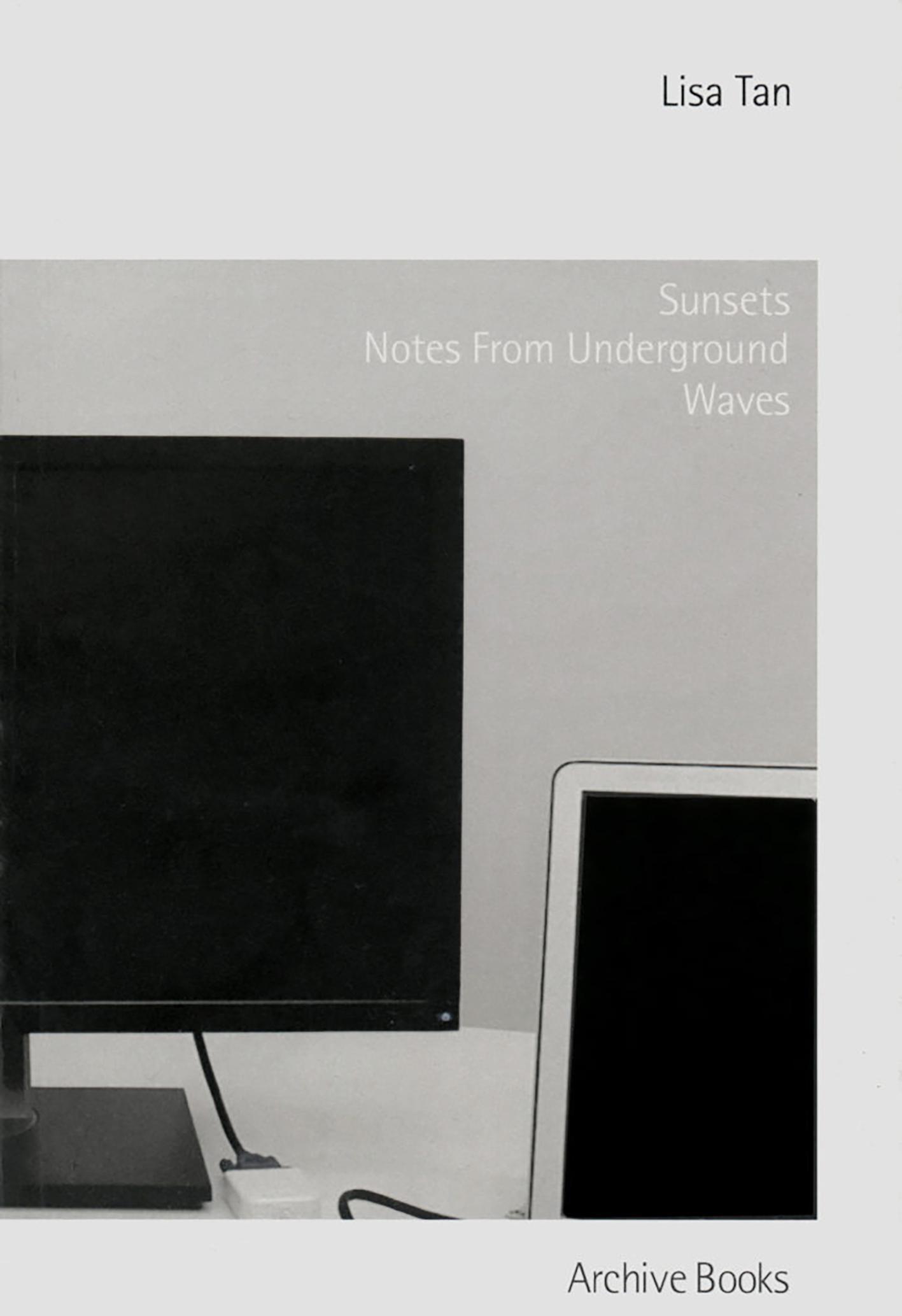 This publication serves as a guidebook of sorts to Lisa Tan’s eponymous video suite. Containing illustrated transcriptions of each video and texts by Mara Lee, Lauren O’Neill-Butler, Natasha Sadr Haghighian, and the artist, it both catalogues and responds, sticks to the facts and allows for hearsay.
The concept of the liminal permeates Tan’s videos: drifting between day and night, above and below ground, land and sea. An analogous transit is offered by this book, suspending the reader between the empirical and subjective, with the hope of fulfilling the promise held out by the liminal: transformation.

The sun converses with the force that is Clarice Lispector. Sunsets documents the audio of a casual translation, conducted over Skype, of an interview with the writer from 1977. This recording forms the soundtrack of the video. The visual footage is comprised of scenes that were filmed at three o’clock in the afternoon during the summer, or three o’clock in the afternoon during the winter, in Sweden.

Notes From The Underground connects the Stockholm metro and Susan Sontag’s sojourn in Sweden with a cavern system 5000 miles away in New Mexico, not far from where the artist was raised. The video suggestively links this journey to experiences of liminality, narrating varied intensities of geological time and strata of personal and cultural history.

Departing from Virginia Woolf’s experimental novel The Waves, Tan’s video Waves imagines how consciousness forms in relation to society and its technologies, but also to expressions of geological and hydrological processes. Filmed at the threshold of land and sea, a conversation forms between disparate hydro-relations, such as Woolf’s prose, Courbet’s paintings of waves, Google’s data centers cooled by the Baltic Sea, invisible jellyfish, and transoceanic cables.

Lisa Tan is an artist based in Stockholm. For more, see lisatan.net

Edited and designed by Joshua Shaddock