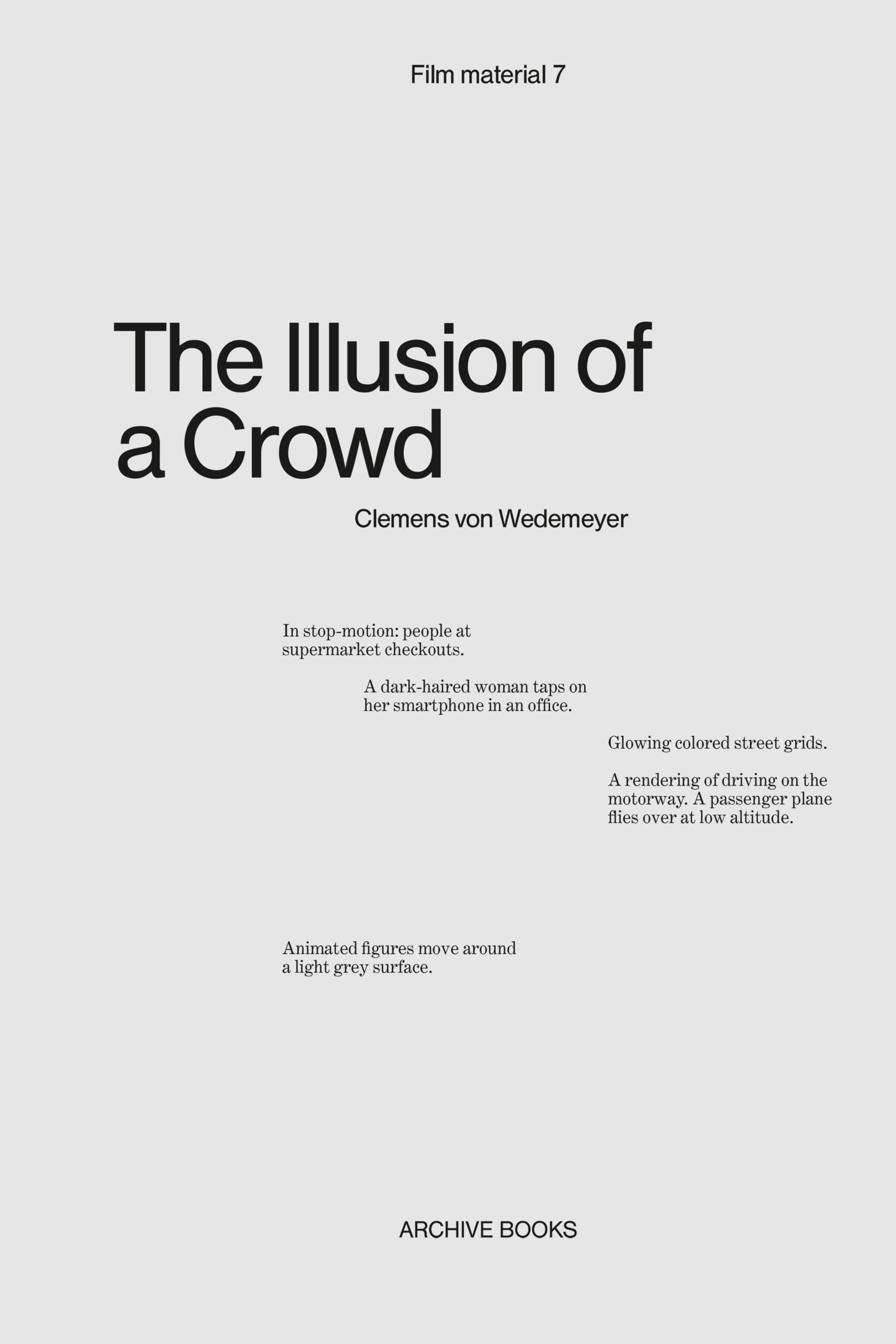 Film material 7 / In collaboration with Till Gathmann. Including the films Transformation Scenario, 70.001, and Faux Terrain, as well as a visual essay, a glossary and texts by Heike Geißler, Fanni Fetzer, and Franciska Zólyom.

“When I visited the Elias Canetti archive at the Zentralbibliothek Zurich, I was looking for manuscripts and sketches for his major work Crowds and Power (1960). I imagined that Canetti must have made drawings, as the behaviour of the various crowd types he identified was described in such detail. I hoped that these drawings would help me transfer the group behaviour he describes to virtual figures in an animated film.

The archive of manuscripts, arranged by Elias Canetti himself, was handed over to the Zurich library and contains the notes and sketches he completed during the development of Crowds and Power, a period of almost forty years. However, in this context I found no drawings — Canetti had only made graphic lists on various themes.
So where did Canetti’s precise descriptions of the scenes come from?”

Clemens von Wedemeyer
The Illusion of a Crowd

Design by Till Gathmann