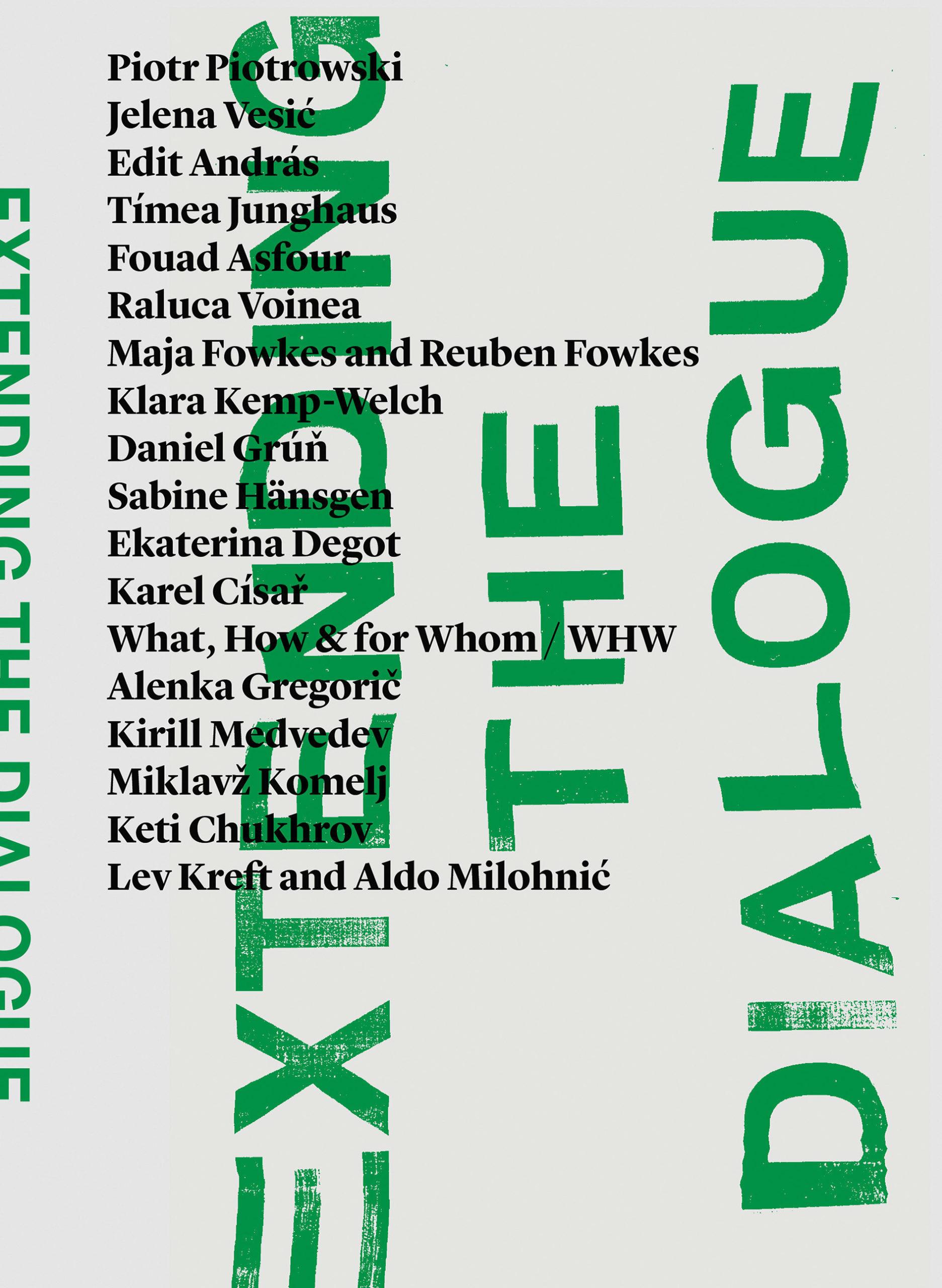 The authors whose writings appear in this book come from twelve different countries and represent a range of disciplines and interests: they are art historians, philosophers, cultural theorists and activists, critics, curators, and poets, with most of them falling into at least two or three of these categories. All have made important contributions to contemporary art and cultural production, art history writing, and critical thought within, and sometimes far beyond, the region once known, problematically, as ‘Eastern Europe.’

And all of them are either laureates or grant recipients of the prestigious Igor Zabel Award for Culture and Theory, or have served on the award jury. Named in honour of the distinguished Slovene curator and art writer Igor Zabel (1958–2005), the award, an initiative of the ERSTE Foundation (Vienna) and the Igor Zabel Association for Culture and Theory (Ljubljana), has been presented biennially since 2008. The award honours the exceptional cultural achievements of those dedicated to deepening and broadening our knowledge of visual art and culture in Central, Eastern, and South-eastern Europe.

The book thus offers a collection of urgencies and agencies in art history, art writing, and art and cultural production from across this cultural and political geography. It is a survey of the pressing issues that stimulate these authors’ scholarly, curatorial, and cultural investments and so provides a referential, if fragmented and incomplete, picture of current conditions of art and culture in the region.

Given the authors’ diverse backgrounds, their writings express a variety of concerns and approaches, although certain groupings are apparent. The first of these groupings addresses issues in art history and theory from a geo-political perspective; the question of the centre/periphery relationship in writing about Central and Eastern European art is further enriched by perspectives from other “peripheries”, with feminist, post-colonial, and minority positions coming into play as the matrix of power in art writing, art history, and art education is critically examined. The second (and largest) grouping of writings discusses specific art phenomena, from the1960s to the present. Several authors apply comparative and horizontal art-historical methods to reposition Eastern European art within a global context. Among the important topics represented here are environmental concerns and – since many of the artworks under discussion were developed as ephemeral works – the artistic and performative potential of documentation and archives. Other authors, meanwhile, reflect on the conditions of contemporary cultural production and the role of cultural institutions in the region. The last grouping deals with the intersection of politics and art, specifically with the region’s (utopian) legacy of revolution, socialism, and communism.

In 2008, when the first Igor Zabel Award was presented, the Igor Zabel Association and the ERSTE Foundation co-published the book Continuing Dialogues: A Tribute to Igor Zabel. The present book is entitled Extending the Dialogue not only because, in some senses, it is a follow-up to that first publication, but also because these texts examine issues and offer views that go far beyond local and regional concerns.

See the table of contents here

Contested Landscapes is dedicated to different rural regions—their landscapes, their producers, and their work. the paths of the family of the artist Sandra Schäfer and those of the famous german photographer August Sander cross in the westerwald, a rural area in germany shaped by farming and mining. A hundred years ago, the photographer August Sander captured his famous series of peasants there including the artist’s relatives. Schäfer’s “homecoming” is represented in the book by three works dealing with the changes of the landscape, its farming, and Sander’s photographs, as well as amateur ones from Schäfer’s family. how these ghosts from the past appear in Schäfer’s work is reflected upon in contributions by further artists and architects research rural cultivation in thuringia, southern Sweden, Lebanon’s Bekaa valley, Syria, and southern Colombia. In different ways, they deal with the issues of agriculture, feminism, and global economy. the book therefore also takes up the pressing question of how agricultural production could be rethought within capitalism.

We are delighted to be able to introduce Lerato Shadi’s first monograph. In her work, it is the marginalized that Shadi puts centre stage, negotiating bodies discriminated against in racist, sexist or classist ways, along with the experiences inscribed in them. Employing different media, Shadi addresses issues of institutional violence, patriarchal and colonial strategies of exclusion and erasure but also highlights resistant subjective narratives.