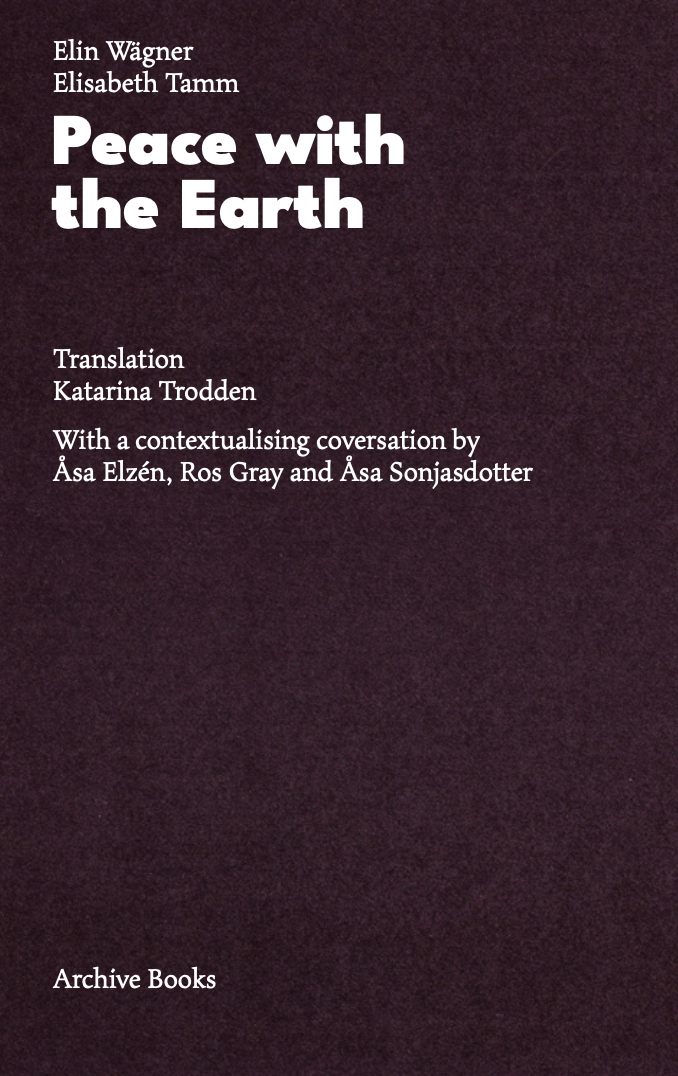 In the fullness of time, however, a new, unbiased and diligent school of research will prevail, one that has abandoned the prejudiced view that maintains that our modern Western society is superior and normative for all and necessary for our future on Earth.

The authors of this pamphlet, Elin Wägner [1882–1949] and Elisabeth Tamm [1880–1958], were active in a transnational movement of radical, non-conformist women, many of whom would today most likely call themselves queer. They operated between and across established, accepted, and legally sanctioned societal structures such as patriarchal family orders, scientific disciplines, political parties, and religious communities. Their argument was that war and war-like relations cannot be undone until patriarchal and colonial domination is overcome. They also recognized that, as Wägner states in the introductory chapter, “This involves a paradigm shift and all that it entails in terms of social change.”

The still-ongoing and rapidly escalating exploitation of earthly life by corporate and state-sanctioned powers re-actualizes the call of this pamphlet. To translate and re-read it across languages, locations, and practices today is a way to reconnect to the wider discussions that the knowledge captured in this pamphlet has emerged from – for current debates to gain continuity, depth, and scope.

This edition includes a conversation between artist Åsa Elzén; writer, editor, and educator in art and ecology Ros Gray; and artist and editor of this publication Åsa Sonjasdotter. Further, it includes an introduction from the 1982 and 2014 Swedish editions by artist and farmer Flory Gate, as well as an expansion of key references.

This publication goes back to the early 1920s. Those involved were members of a group of women who had come to realize that they, as politically aware citizens who cared for humankind, had something to say, something that could not be found in the political programme with which their party was wholly satisfied. In the beginning, these women thought it would suffice to merely re-organise the various items on the agenda by moving the items that the male authors had placed at the bottom – the population issue, for example – to the top. However, as they began to move them around, they found it necessary to add their own experiences and demands. Having begun, they became caught up in the work for many years to come. They divided some of the tasks among themselves according to each and everyone’s particular interests and occupation/profession, but in the end they came to the conclusion that it is not possible to work on separate solutions to problems associated with peace, land distribution, healthcare, population or education. Each must be considered in relation to humankind’s affinity with the earth, with life and the world around us. This involves a paradigm shift and all that it entails in terms of social change.