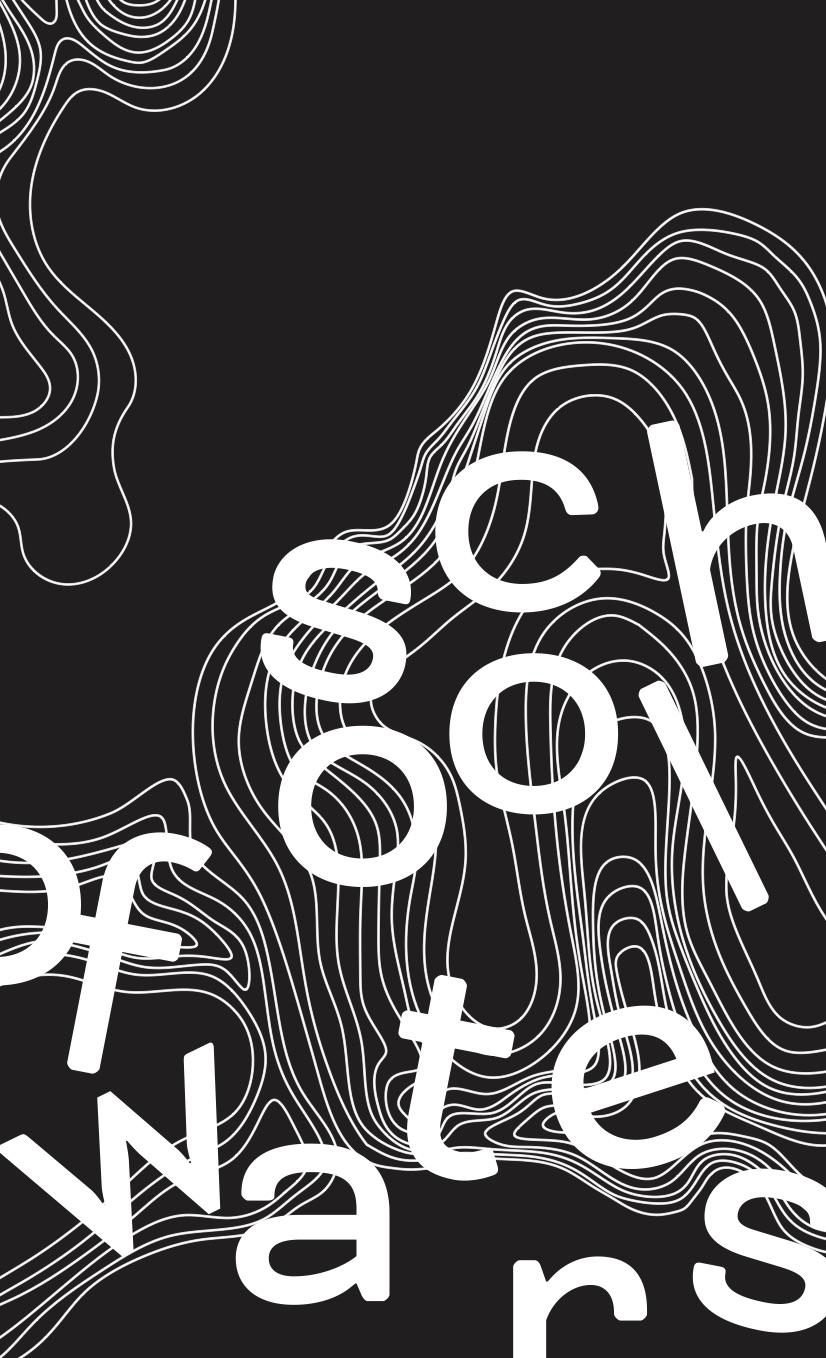 Mediterranea 19—School of Waters imagines a Biennale as a temporary school inspired by radical and experimental pedagogies and the way they challenge artistic, curatorial, and research formats. From this standpoint, School of Waters acts as a collective tool to defamiliarise stereotypes that manipulate our geographical imaginaries, especially those linked to the eurocentric interpretation of the Mediterranean area.

Acknowledging that humans have the ability to gather, create a community and exchange information, through gossip, storytelling and speaking about things that do not exist, Mediterranea 19 redirects its attention to arguments against human exceptionalism and aims to reconfigure the notion of learning through commoning knowledges present within non/human and human structures.

School of Waters revolves around a critical rethinking of the material and symbolic agency of waters from a geopolitical and deep-ecology perspective. The desire to learn from waters reveals ways to un-train nationalisms and rediscover watery syncretism that constituted the Mediterranean as a complex platform of life forms and knowing processes. The curatorial team develops Mediterranea 19 as an ecology of practices, trickling through various spaces in resonance with the specificity of a small state such as the Republic of San Marino.

This curatorial concept operates on a metaphorical and on a structural level. As Lisa Robertson suggests, “biting hair, writing in water, naming god, shaking cloth—the gesture is erased at the instant of its inscription, erased by the livid autonomy of its elemental support”1. In fact, the impossible act of writing in water is the core of an imagined school where water as a sentient entity is both amenable and resistant to cognitive taming.

Oceans, seas, ice caps, glaciers, lakes, rivers, aquifers, ponds, snow, rain are fluid, they melt, condense, evaporate and are able to traverse and appear in different states. These water formations suggest the possibility of reshaping the understanding of static identities and sense of belonging in the Mediterranean, starting not from the lands but from its waters.