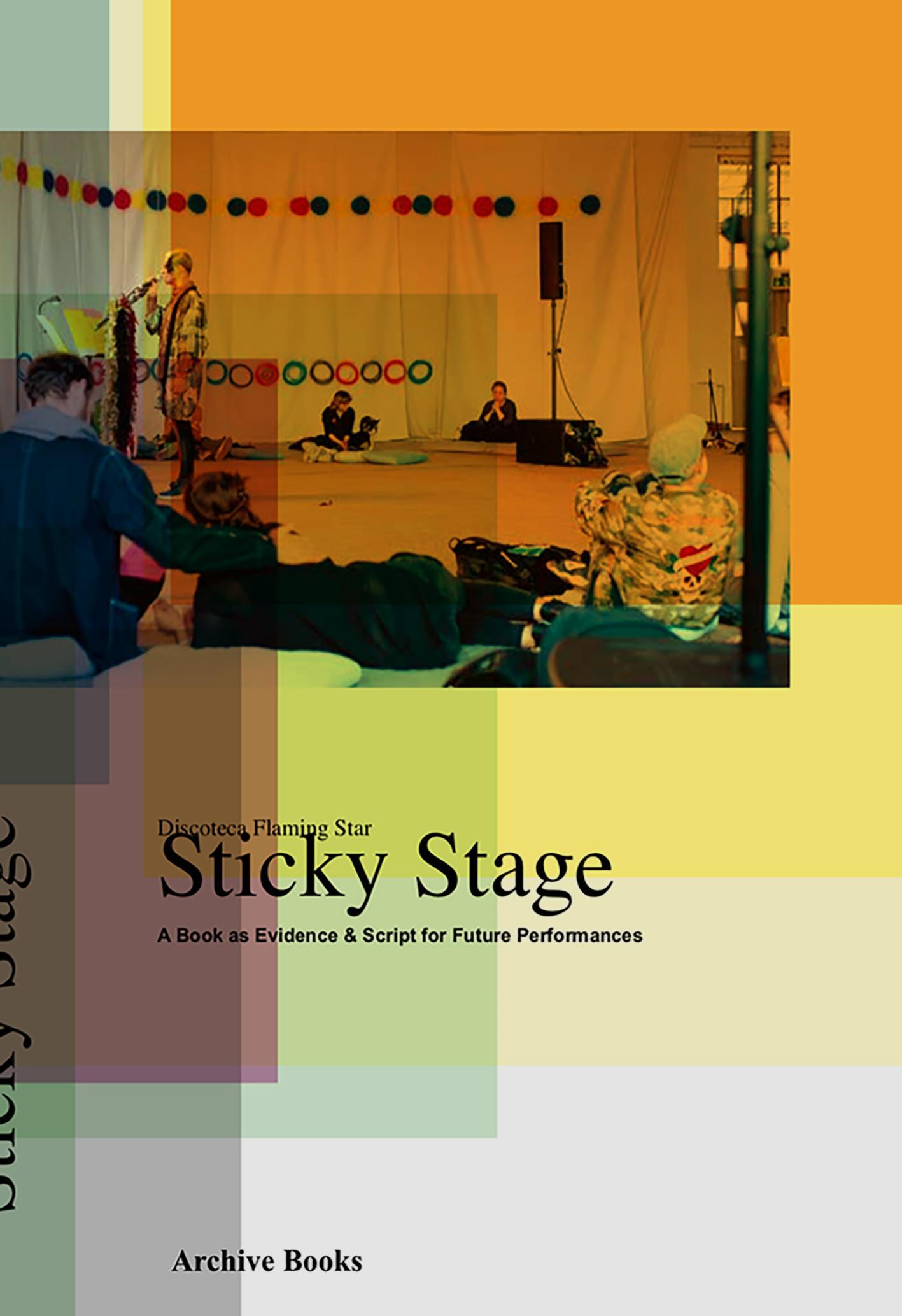 Sticky Stage is an installation and a performance. It’s a rehearsal situation, carried by live music, including poems, songs, films and texts. Repetition of the songs, repetition of the films. Reappearance of the very same and the familiar with difference, unfolding a space of strength and fragility.

Sticky Stage is a temporary space within a dystopian landscape in which to take up our fatigue and our dreams in order to approach a tender imagination.

Sticky Stage is a lullaby and a dirge, a funeral and a birth.

Who will guard our dreams?

This book gives evidence to Sticky Stage, specified on the basis of the case study at DISTRICT in Berlin. It is a path for future performances.

This book is an archive of the performance and a documentation of what will be.

in collaboration with DISTRICT

Leave me high and dry

discoteca flaming star is an interdisciplinary collaborative art group, a group of people who use songs and other forms of oral expression, understanding them as a personal response to historical events and social and political facts. Through conceptual, visual and musical transfers, they create performances, sculptures, drawings, stages and situations whose foremost intention is to question and challenge the memory of the public, transforming old desires and finding invented pasts, or pasts which never occurred.

China as an Issue

China as an Issue is an ongoing lecture series organized by the Beijing Inside-Out Art Museum since 2018. Chinese scholars are invited to discuss topics related to China or the world, as well as foreign scholars to speak about China or international questions involving the subject of China.