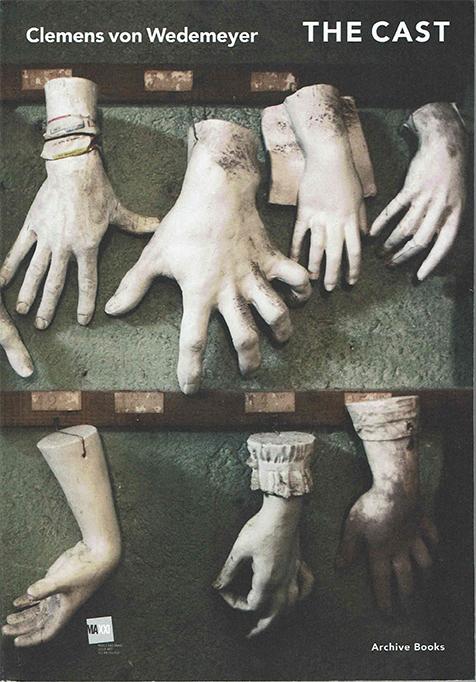 Film material 5 / This book was published on the occasion of Clemens von Wedemeyer solo show at MAXXI in Rome. A film exhibition that discusses memory, the mechanisms of cinematographic fiction and the themes of contemporaneity. Props and extras referencing the giants of the Rome film industry; the relationship between statue and actor, but also between these two and the spectator’s gaze; the history of film and its hidden aspects; the political struggles of the cultural sector workers of yesterday and today; the Greek myth of rebirth after destruction — these are the themes of The Cast.

The show is composed of three new works conceived for the museum ( Afterimage; The Beginning: Living Figures Dying and Procession) and an installation composed of diverse forms and sculptures (Remains: The Myth of Deucalion and Pyrrha). The title The Cast alludes to diverse meanings including the production of sculptures (the casting of forms), the process of selecting actors (casting) and the gesture of throwing (casting a stone). The exhibition is born out of the research conducted by von Wedemeyer over the last year spent in Rome and deals with a number of its symbolic, historic and contemporary sites such as the Cinecittà Studios and the Teatro Valle Occupato.