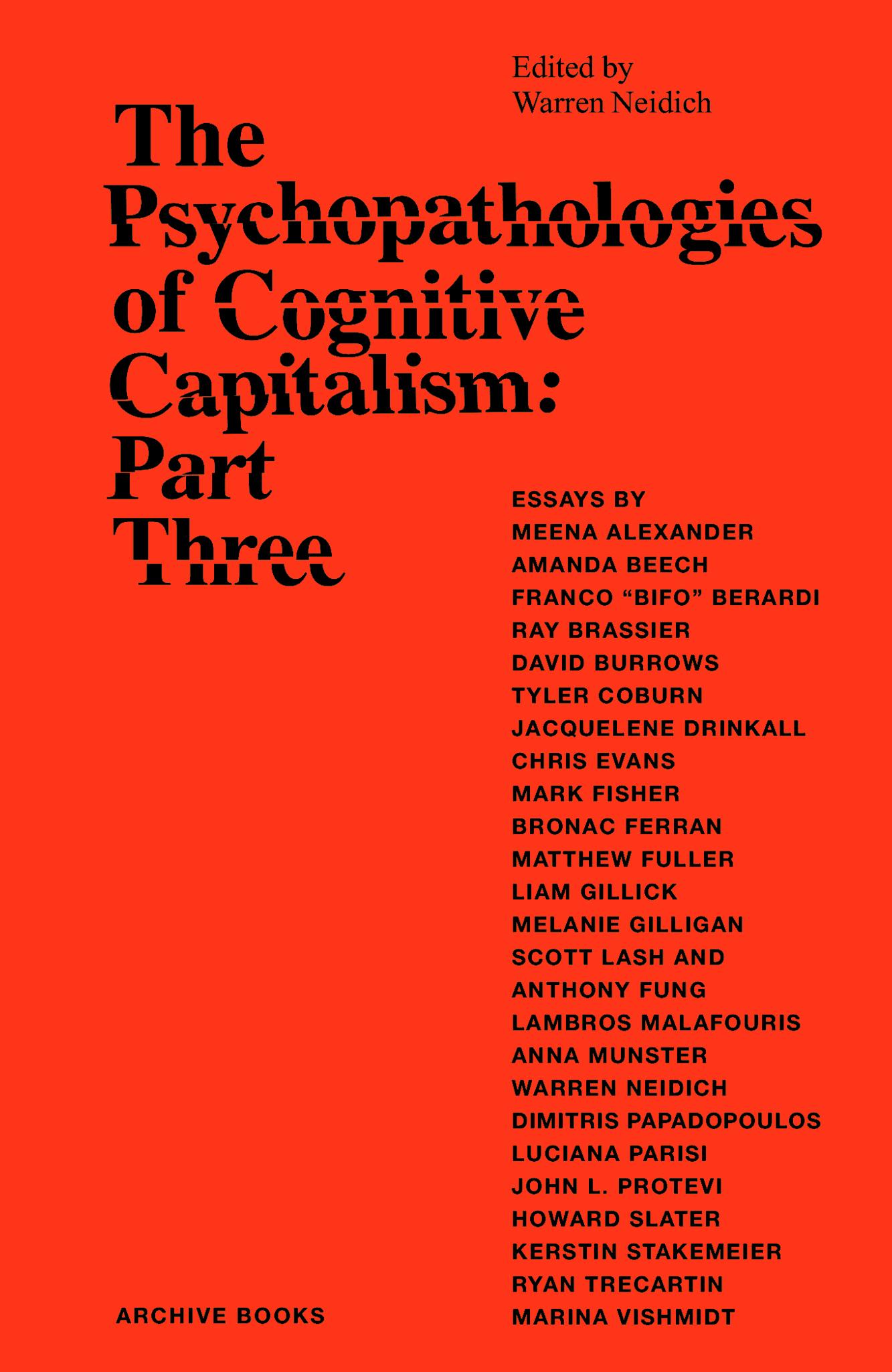 The Psychopathologies of Cognitive Capitalism is an ongoing event structure composed of symposia, workshops, and publications. Our intention is to raise consciousness by disseminating information about cognitive capitalism in general and its associated discourses.

This third volume of The Psychopathologies of Cognitive Capitalism emerges from deliberations that took place during two different symposia. The first was a collaboration between Warren Neidich and Mark Fisher at the Department of Visual Culture at Goldsmiths College, titled The Psychopathologies of Cognitive Capitalism Part Three: The Cognitive Turn, and the second was an event organized in conjunction with the Goethe-Institut Los Angeles, Noise and the Possibility of a Future. This book combines elements of both programs.

The previous two books examined the imminent subsumption of the economy by information technologies, resulting in a mutation of forms of post-Fordist capitalist accumulation. “Flexploitation” of labor processes and flexible specialization resulting from the evolving relation between management and labor, just-in-time production and consumption, rapid acceleration in the pace of product innovation, faster product turnover times, computer and robotic interventions an increase in the complexity of supply chains – all these combined to form the special assemblage that would define what we can now regard as the early phase of Cognitive Capitalism.

The second volume started to sketch out its transformation from a form of subsumption characterized by immateriality to one that is speculative and material. This latter phase is the focus of the present volume, which concentrates on the plastic material brain, its hardware constituted by neurons and glial cells as well as its software, the dynamic rhythmicities that integrate electro-magnetic discharges along its circuits in response to events occurring inside and outside the skull – the body and its world. In this phase, the material brain in conjunction with the accelerated world with which it is imbricated becomes the site of an ontogenic battle between the forces of normalization and governmentalization on the one hand, and emancipation on the other, with consequences for the processes of individuation and collectivization.

The Psychopathologies of Cognitive Capitalism

* Access to the PDF of this publication and Archive Books’ digital repertoire for a year.