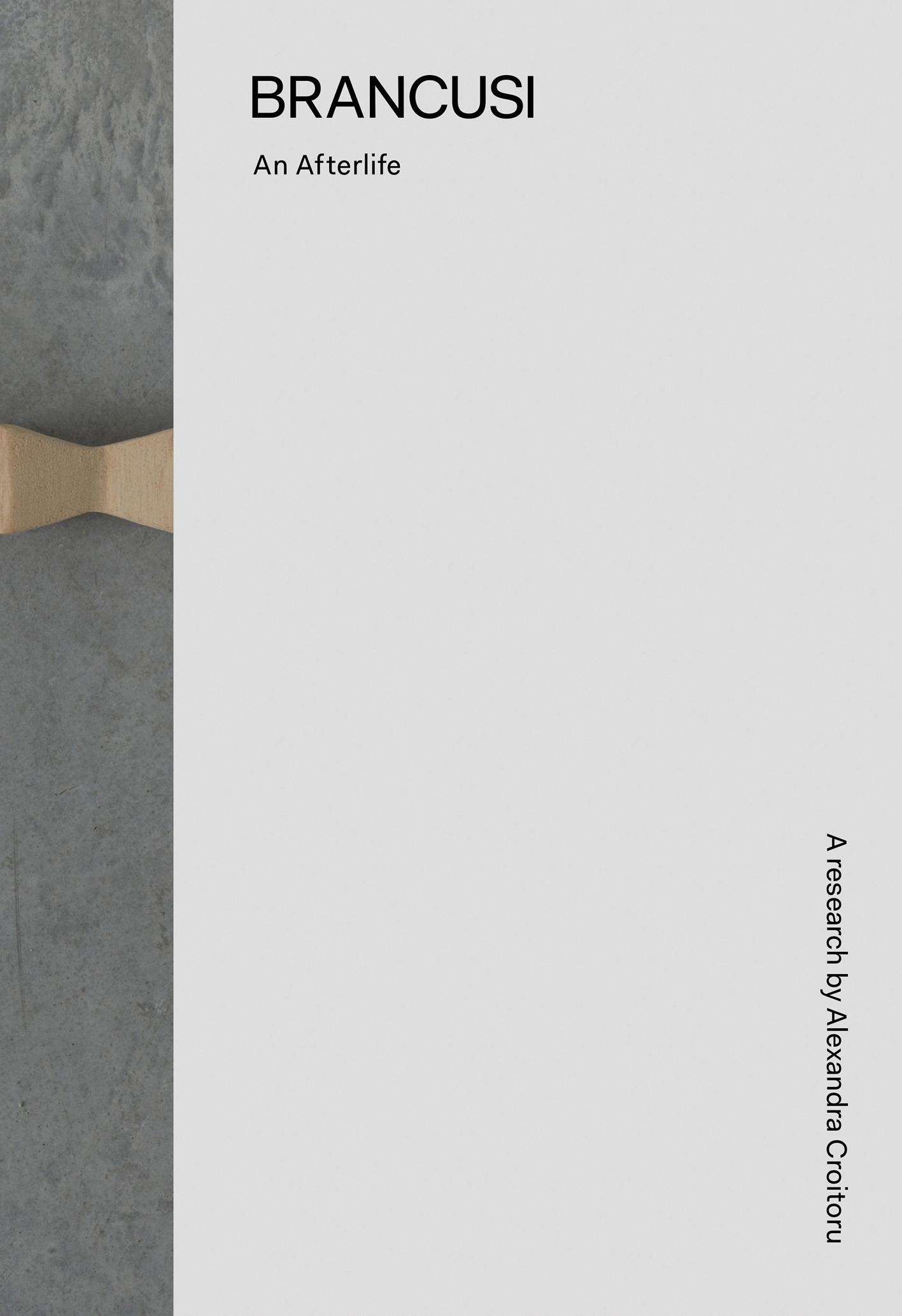 Posthumous interpretations of the life and work of Constantin Brancusi, as employed by Alexandra Croitoru in her artistic research, are part of what can be understood as the ‘Brancusi effect’ in post-Stalinist Romanian culture. Unlike the established concept of influence, which denotes a relationship of causality between an active agent and a passive receptor, the term ‘effect’, the same as ‘afterlife’, has the advantage of affirming a plurality of cultural agents that contribute to a given cultural construct; it also allows the affirmation of a retrospective influence on the meaning of Brancusi via terms such as re-contextualisation, re-modeling, re-signification, etc. The cultural signifier Brancusi has inevitably expanded its range of significations. Readings of it, as well as its cultural meaning, can no longer be purely aesthetic. It is inevitably contaminated by the plurality of replicas and visual fragments that utilise Brancusi’s image, by decorative and vernacular appropriations, by kitsch legitimised by museums and the entertainment industry, and by discourses into which his work has in the meantime been inserted. In all this amalgam of signs and codes that symbolically capitalise on modern art, the myth of ‘Brancusi – son of Romania’ is perhaps the most dangerous. It not only replicates a history of art from the national perspective and promotes a nostalgic country branding, but it can also become meta-sign, easily liable to be rendered banal, and its inherent ideology naturalised. This is why irony and the irreverent attitude specific to the works of Alexandra Croitoru are today all the more necessary. —Cristian Nae

Publications series by the Igor Zabel Association for Culture and Theory (Ljubljana) and Archive Books (Berlin).

Alexandra Croitoru is a visual artist based in Bucharest. Between 1993 and 1998 she studied at The National Academy of Arts Bucharest. Since 1999 she has been teaching at the Photo-Video department of the same institution. She holds a PhD from UNArte Bucharest. Since 2011 she has been a co-curator at Salonul de Proiecte Bucharest. Her projects have been presented in exhibitions organized by institutions such as Kunsthalle Winterthur, MNAC Bucharest, tranzit.ro/Bucharest, Club Electroputere Craiova, MUMOK Vienna, Zachęta National Gallery of Art Warsaw, Shedhalle Züruch, Casino Luxembourg, Künstlerhaus Bethanien Berlin, Salon of the Museum of Contemporary Art Belgrade, Kunsthallen Nikolaj Copenhagen, Centre for Contemporary Art Plovdiv, Kunsthalle project space Vienna and Brukenthal Museum Sibiu. Her PhD research, focusing on the ‘nationalization’ of Brancusi in Romania, was the starting point for this editorial project as well as for the exhibitions she curated in 2015 in connection to it: The Sons and Daughters of Brancusi. A Family Saga – (Act I) at Galeria Plan B Cluj and (Act II) as part of Timișoara Art Encounters.