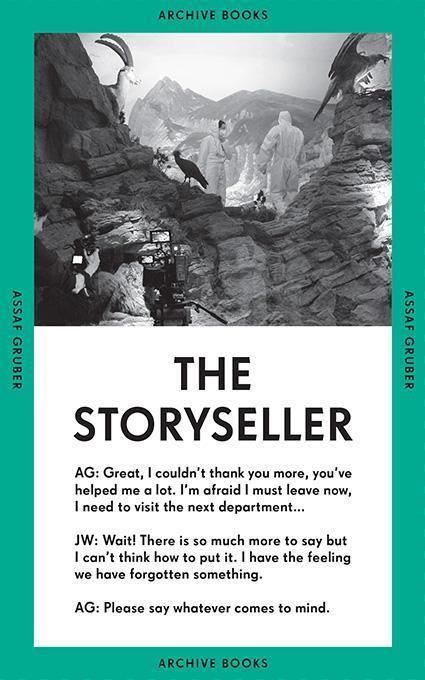 Assaf Gruber’s films examine how art affects individuals who are not necessarily drawn to it. What may seem to be at the margins of culture sometimes turns out to be its most conspicuous parts. The films’ plots emerge from the situations of their characters, addressing the ways in which personal stories become intertwined with political ideologies, and how social relations between private and public spheres are shaped.

Gruber’s protagonists include: a sixty-year-old man, who due to his religious background was rejected multiple times from East German art academies in the 1970s; a retired security guard from the Old Masters Gallery in Dresden, who now wants to spend the rest of her days as a volunteer in an avant-garde museum; and the Chinese owners of a manufacturing company for contemporary sculpture in Poland.

Composed of transcribed and edited conversations alongside film stills with captioned subtitles, the conceptual design of each of the book’s eight chapters allows Gruber to present the films (or their protagonists), as the third party in each discussion, as if they too are commenting, questioning, and completing the dialogue.

Manuscript of conversations
by Daisy Nutting

The book was published in the
context of the artist’s exhibition
Rumor at the Ujazdowski Castle
Centre for Contemporary Art,
Warsaw curated by Jarosław Lubiak.

Supported by the
Senate Department for
Culture and Europe, Berlin

Assaf Gruber is a sculptor and filmmaker who lives and works in Berlin. Both his time-based works and installations focus on the way in which political ideologies of individuals intertwine with personal stories, and the way in which they form social relations within private and public sphere. In 2018, he had solo exhibitions at the Natural History Museum of Berlin, The Berlinische Galerie and the Ujazdowski Castle Centre for Contemporary Art, Warsaw among other institutions. His films have been featured in festivals, including the Berlinale Film Festival, FIDMarseille and the International Short Film Festival of Oberhausen.