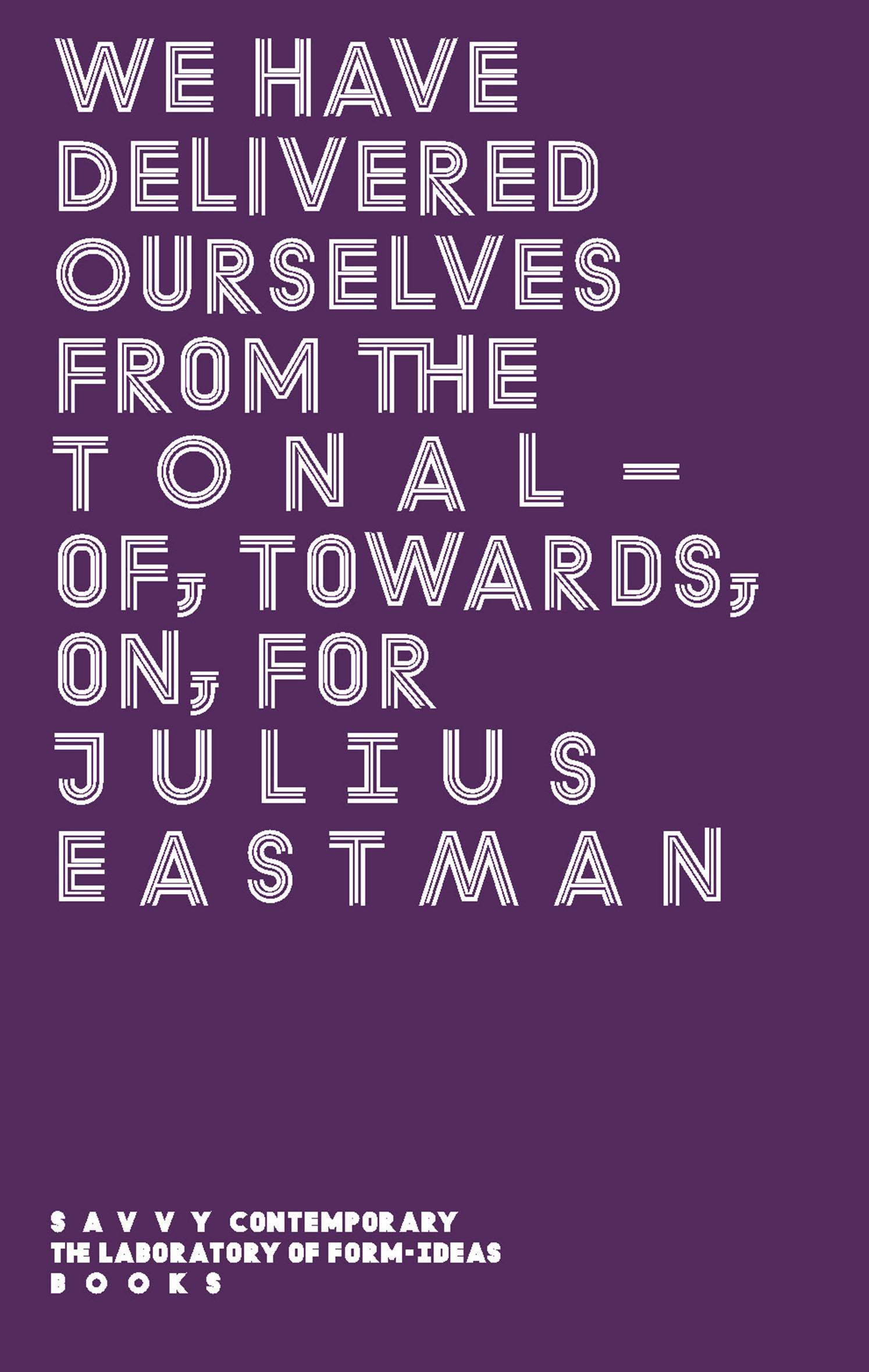 We Have Delivered Ourselves from the Tonal — Of, Towards, On, For Julius Eastman is a collection of essays, librettos, lyrics, memories, photos, personal anecdotes by musicians, visual artists, researchers and archivers that pays homage to the work and life of African-American composer, musician, performer, activist Julius Eastman.

It investigates his legacy beyond the predominantly Western musicological format of the tonal or harmonic and the framework of what is today understood as minimalist music. By trying to complicate, deny or expatiate on the notions of the harmonic, tonal hierarchy, the triadic, or even the tonal centre, Eastman’s compositions explore strategies and technologies of attaining the atonal. One might be tempted to see Eastman in the legacy of Bartok, Schoenberg, Berg and others, but here too, it is worth shifting the geography of minimal tendencies and minimalism in music. It is worth listening and reading Eastman’s music within the scope of what Oluwaseyi Kehinde describes as the application of chromatic forms such as polytonality, atonality, dissonance as the fulcrum in analysing some elements of African music such as melody, harmony, instruments and instrumentation. This publication constructs a non-linear genealogy of Eastman’s practice and his cultural, political and social relevance, while situating his work within a broader rhizomatic relation of musical epistemologies and practices.

We Have Delivered Ourselves From the Tonal

Of, Towards, On, For Julius Eastman

Imagine something new, like justice is a publication project realised by the 2019–2021 fellows of the Graduate School programme at the Berlin University of the Arts: Yalda Afsah, Salwa Aleryani, Neslihan Arol, Anthony R. Green, Mariam Mekiwi, Rindon Johnson, and R A Walden. The intricacies of building societal, historical, corporeal, and environmental justices today in theory and praxis make the common denominator among their sonic, visual, filmic, theatrical, literal, sculptural, and installation oriented researches. Intersections, collapses, overlaps and resonances among their voices make this publication a unique artist book that questions the agency of imagination in the artistic, discursive and political realms.

Upon what kind of power structures of knowledge and knowing are contemporary art and artistic institutions dependent? Do practitioners in the art field reproduce oppressive Western epistemic paradigms through artistic practices and institutional structures, and if so, is there space for emancipatory ways of knowing? What are the ways that intersectional subjectivities open up new epistemic processes within the artistic field? These are among the questions and considerations that provide a critical lens for the 2019 Rehearsing Hospitalities programme.