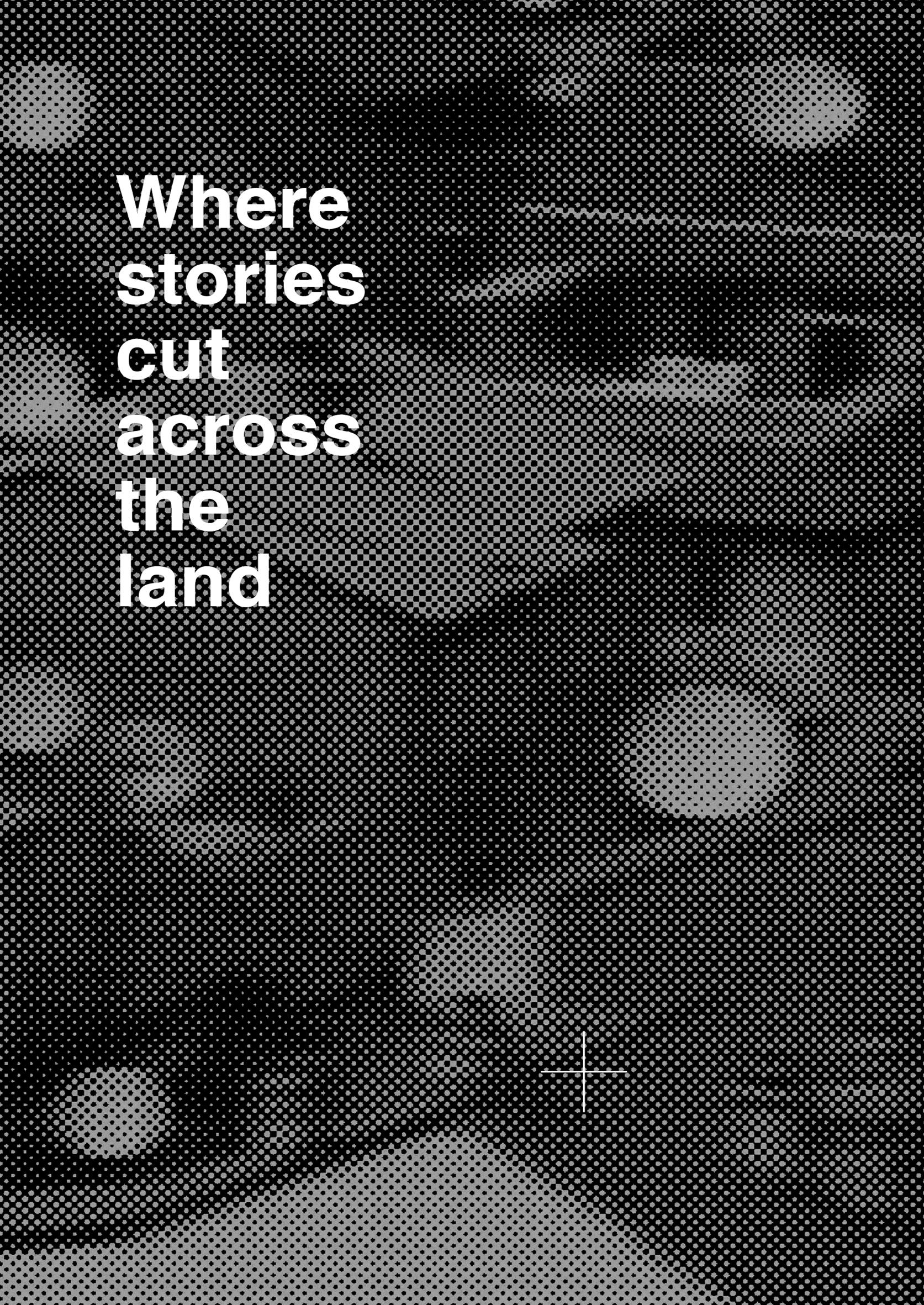 This is not an artist’s book about borders. Rather, it is an artist’s book about overcoming the influence of politics on the land within the borders of unrecognized or semi-recognized states. It is a document of the fragmented symptoms of the “Bosnian pot” character of governance, in which all components simultaneously complement and eliminate each other. This unsettling principle of governance, in which elements unable to withstand the pressure collapse, while those that are more powerful survive (and are subsequently absorbed within the system), has been known for many centuries. By not taking sides, what this book highlights, from a bird’s-eye view, are the contrasts and conflicts provoked by contemporary attempts at preserving a semblance of safety within those borders. Unfortunately, many of these attempts did, and continue to, constitute crimes.

Where stories cut across the land

Cecilia Vicuña’s liberatory text Language is Migrant interrogates the capacity of language within and through our wounded oral cultures and lexical histories. With her in mind, and emanating from the 2022 edition of Colomboscope festival, SCROLL also engages with the idea of language as a complex translator and migratory force, via the medium of print.

SCROLL Part 2: It is Not the Seas that Scare Me

SCROLL's second issue ‘It is Not the Seas that Scare of Me’ is created in collaboration with Colomboscope 2019. For this issue, the oceanic frontier becomes a jumping off point for artists and writers to examine concerns around trade & exchange, economy & colonization and sexuality & the surreal.